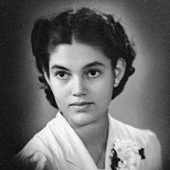 This is Matild, my strong female protagonist in my second historical fiction manuscript, a young Jewish woman living in Budapest in World War Two. It feels great at the moment. The ideas and words are flowing, I feel like I AM Matild, and it’s the most amazing experience. I’m loving it. What I didn’t end up loving, was manuscript #1.

I poured my heart and soul into it, for two solid years. It was also historical fiction, set in London in the last year of the Great War and the decade of the 1920s. My protagonist was named Violet. I worked so hard at it, researched so, so much, went through so much angst. And then I just threw the 100,000 word document away.

It was the biggest learning curve EVER. I learned how to write manuscript #2 by stuffing up and bumbling and failing and forcing – and ultimately learning from – manuscript #1. It was my training novel. It was full of empty words, void of emotion, written to research, instead of being enhanced by research. It was lifeless, as much as I tried to pour life into it.

I took some time off. Then I started listening to history podcasts again, which is where I get all my ideas, and a spark began to form. And then it just exploded.

I wrote 90,000 words in eight weeks straight, without research. It just poured out of me. It just felt RIGHT. After having a break, I am starting draft #2 at the beginning of February and I am SO excited. I have all these ideas running around inside my head keeping me awake at night, just ITCHING to be integrated. I think I’ll have to rewrite most of it, I’ve had so many new and exciting thoughts.

I think my lesson from writing then throwing away manuscript #1 was to trust myself and my gut instinct – to just become my character, not become the research. Now I know I don’t need to do months of research before I start, that my imagination is more powerful than anything. And even if I did put in years of solid work, it REALLY IS OKAY TO LET IT GO if it just doesn’t feel right. I’m not a failure. I let go of forcing words and fell in love with my subconscious imagination. I let myself be free. And damn does it feel good!

2 thoughts on “What happened to Manuscript #1?”